Joined as a Cub in 1976 then grown out of Cubs joined Scouts and then Venture Scouts. Some time later rejoined when my Sons troop were short for leaders, found I still wanted to be a part of Scouting and still am today. 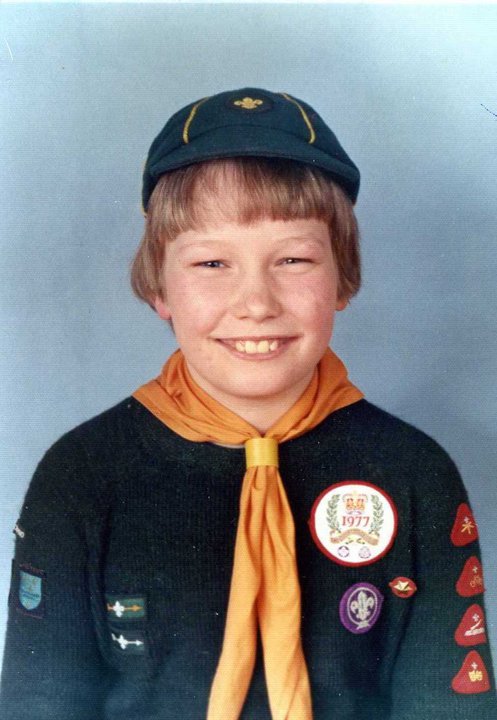 Yep thats me as a Cub!

This is me as a Cub Scout at 12th Southend.

In 1976 my friend Steven told me about Cubs and it sounded great, asked mum and dad and they thought it was a good idea, they must have as my two Sisters both joined when they were old enough.

In Cubs, there was the usual choice of Badges to achieve and instead of the challenge badges we had the Arrow Scheme new in 1977 it focused on practical scouting skills, it’s my opinion this was in some was better that its replacment, and by the time of leaving Cubs i have Bronze, Silver and Gold, and had all the skills i would need to set up a camp independent of any leader help.

12th Used to meet at a church hall on the corner of Stornoway and Belle Vue Road, that building is nolonger there, it moved to Porters Grange School before i joined Scouts.

12th Being a very active group i camped many places as a Cub, from Belchamps to a very wet camp in wales.

Belchamps at the time was not as built up as it is now, it still used the Bell for Flag Break and Down, you stoped where every you were and faced the flag and were quiet on repect. the Bell was also used for campfire and groups used to inter quiety in twos for camp fire and thats how you also left after, not done now a days and i think thats our loss, but times change. 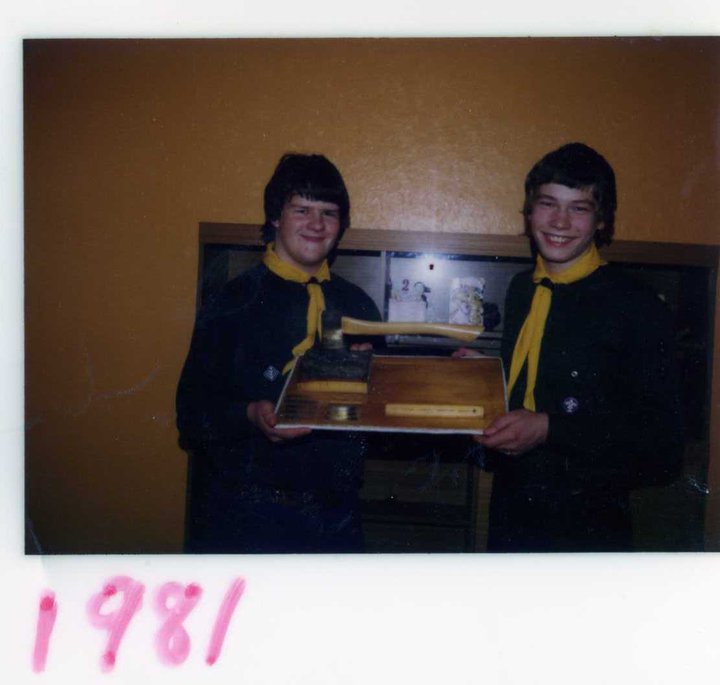 My friend Steven and myself as Scouts

I’m on the right of this photograph from 1981. The chap on the left is Steven and we are holding the District Camping Competition Trophy, we one this two years on the trot and finish second the year after, proving there is always someone better out there!

In Scout, we attended Essex Jamboree and did and camping on a pass from our leaders as a Scout Patrol mostly at Belchamps, But we did some great camps and visits as scouts and was very keen for my Sons and other young people to have the same opportunities. 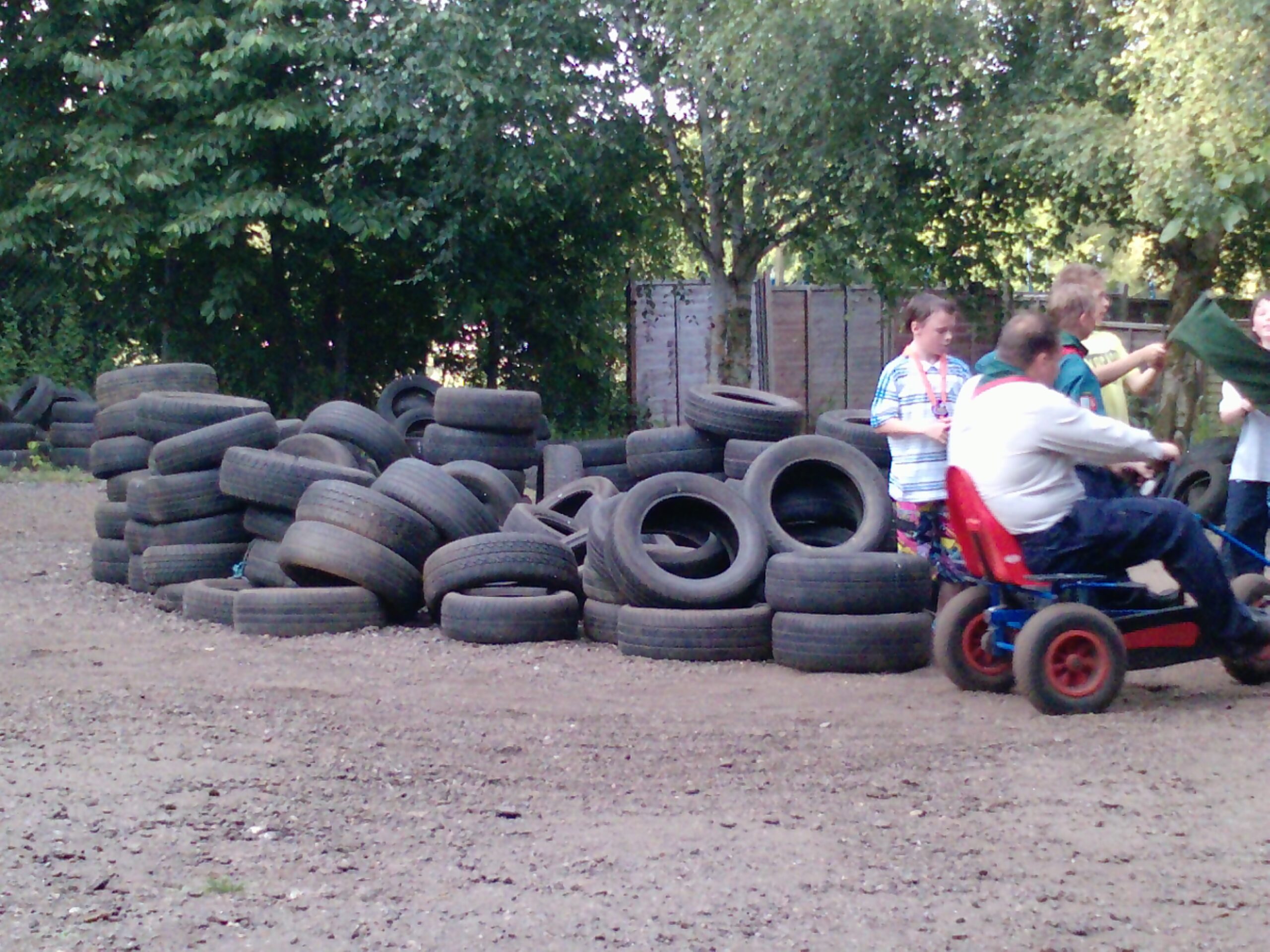 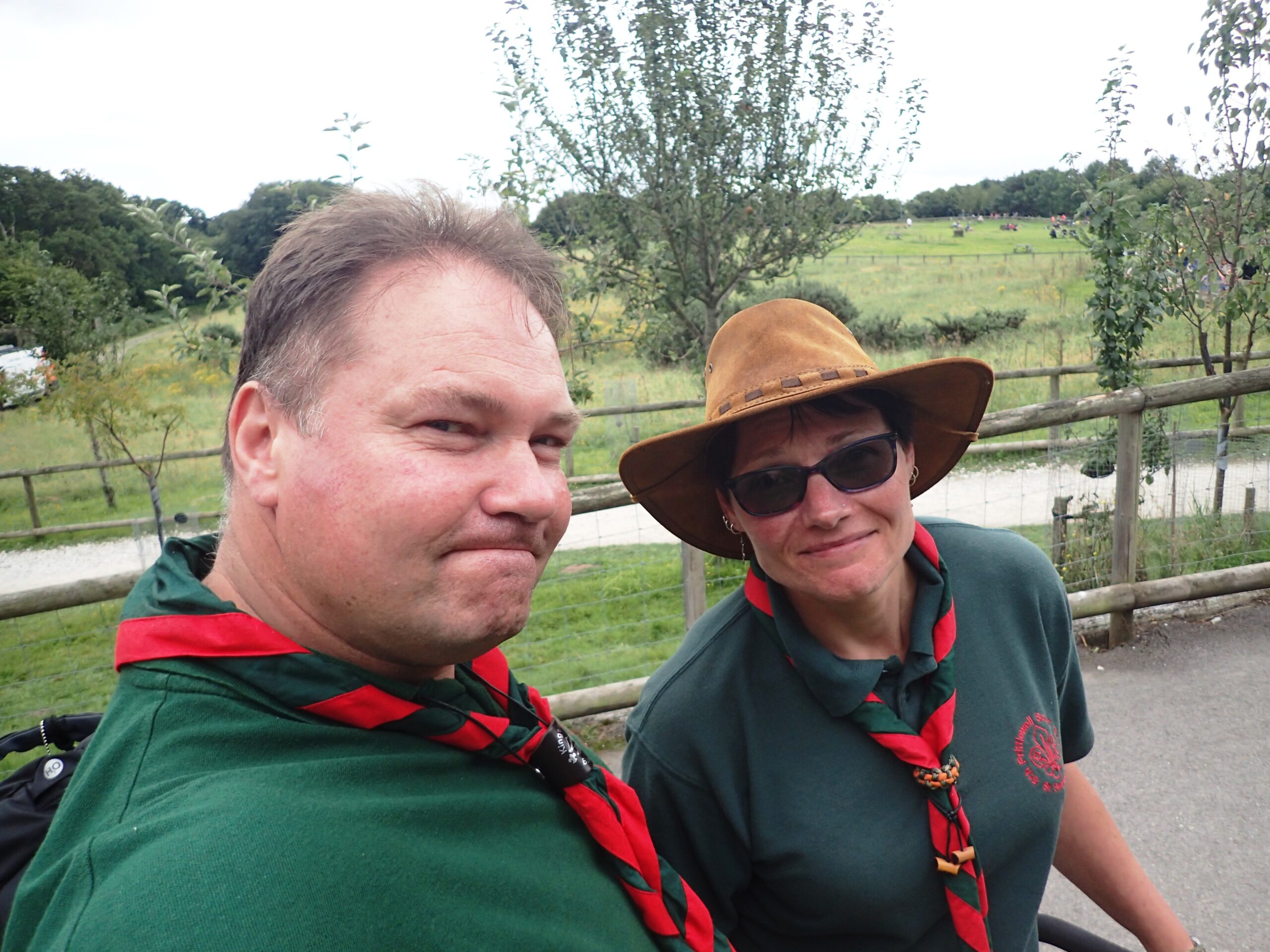 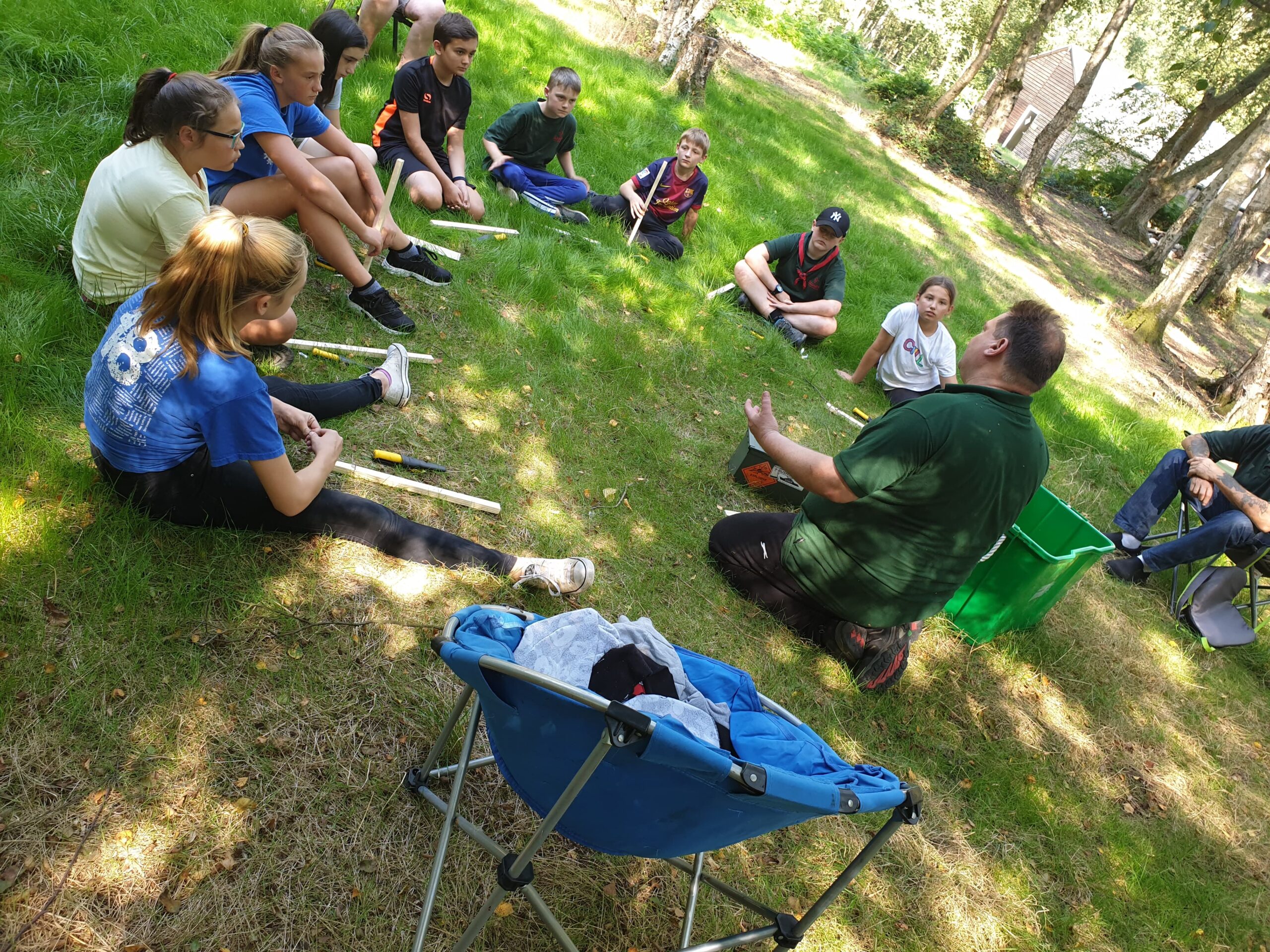 I returned to Scouting as a Helper at 5th Prittlewell, one of my Sons went and they as most groups are were short of help, then i became Assistant Scout Leader and shortly after Scout Leader, had a lot of fun as a leader for 11 years in that timer became the Group Scout Leader to keep the group running as did not want it to close when the former GLS retired. My wife Valerie became the Beaver Scout Leader.

Now for a long time a Trustee @ Belchamps Scout Activity Centre, TA for Managers and Supporters, and County Trainer.

One of the current scouting activities most enjoyed is as a member of Bushscout UK NSASU, have been doing this for some time and have got to meet some very cool members of the scouting movement, learned so much from them, and look forward to more time as a Bushscout!

I am the founder of the Geocaching scouts UK project that now has over 4k membership across the UK. It started when looking online could not find any resources to run geocaching at Scouts, there was an out of date fact sheet and at the time it was the 3rd way a scout could gain the navigator’s badge, now there is a Scout Geocaching Activity Badge, shame it was not a staged badge but better than it was.

The idea was simple it gives all the info required to run the activity, most popular is the PowerPoint that can be used to present all the rules of the sport and help run the scout badge.

Have run this Geocaching at a number of events, Gilwell, Essex jamboree, Scout School, and run Leader training sessions for Essex County Scout School and some Guide Leaders training events. 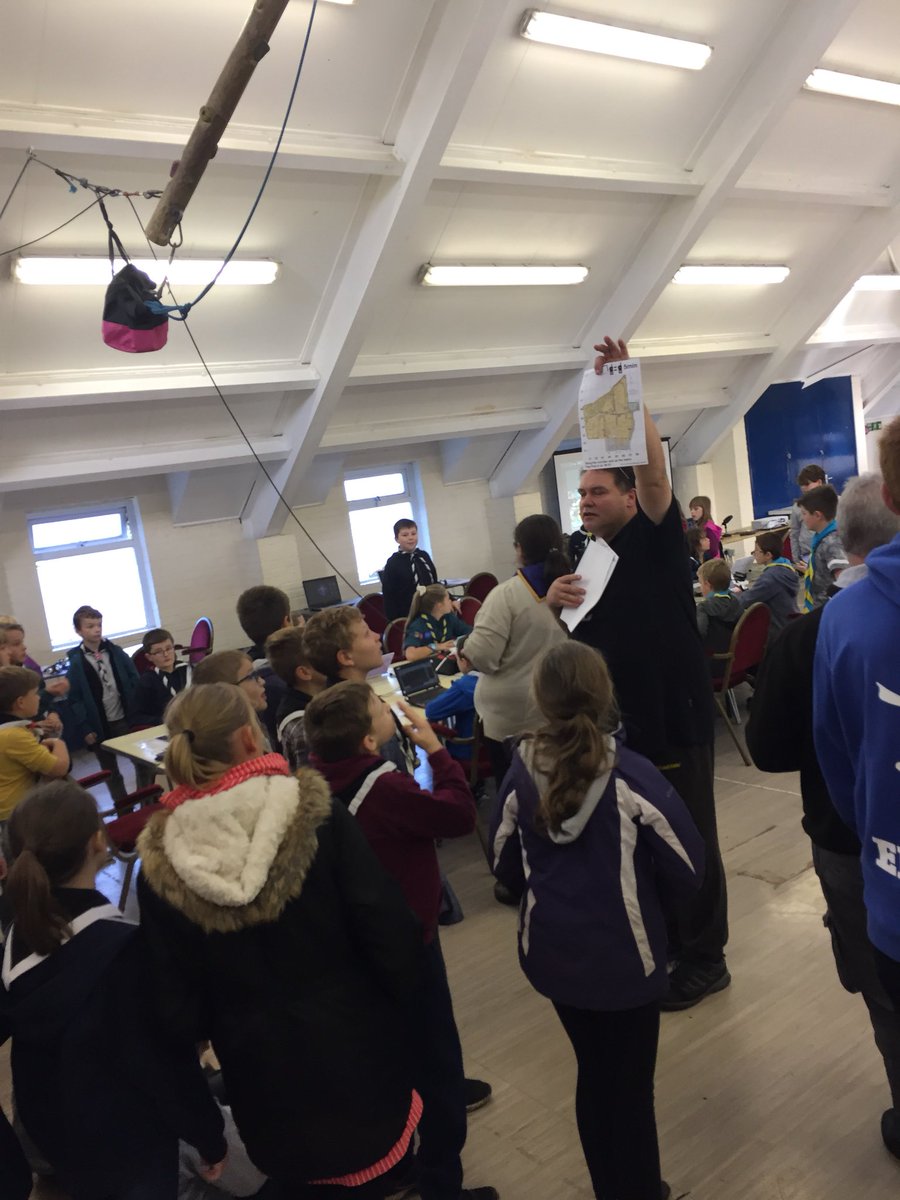 My times at this site as a Cub and a Scout and as a leader were all great times, and so proud to be a trustee and hope to help where I can with this amazing place.

Belchamps JOTA JOTI event manager, now one of the largest of this event type in the UK in owing my thinks to Essex Ham have been one of the main reasons for its success and not forgetting some leaders and some young people with an interest in Radio. The program has grown every year and looking forward to yet more ideas.

Took over as the event manager of the Belchamps Firework Display in 2015 this event is to fundraising for the site and the young people that use it, some massive leader support has seen this event reach very high numbers and is one of the best displays to be found in Essex. 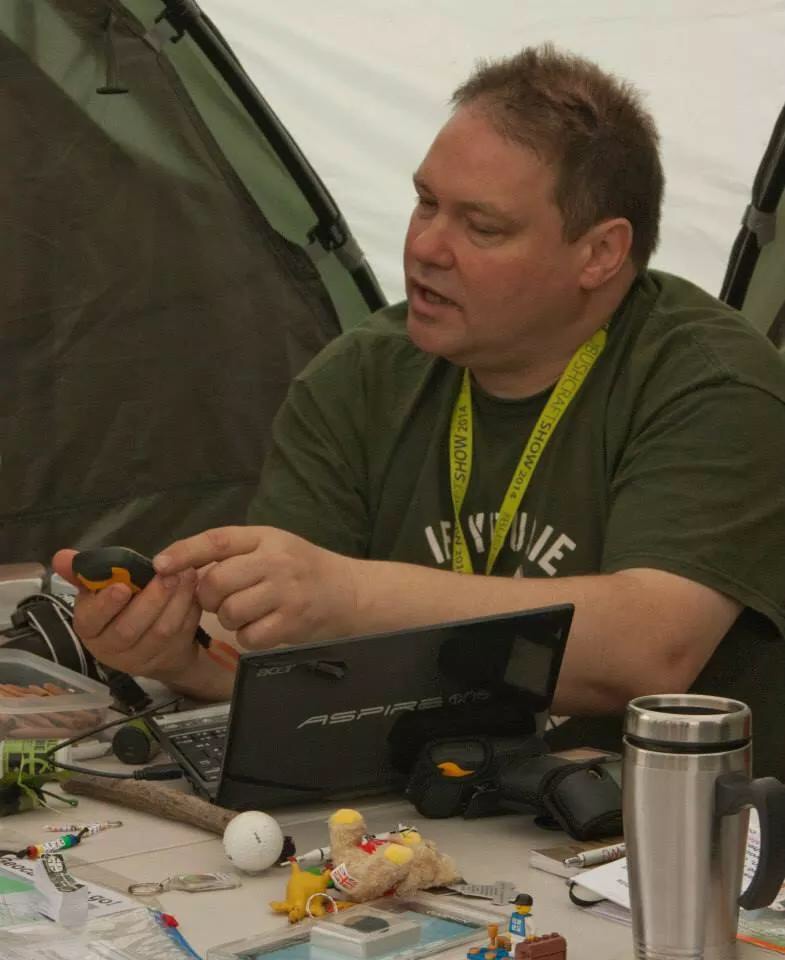 Been lucky to have been invited to some great events, good times…

Got to run Geocaching at the show, set up some geocache around the event, and used GSAK to program GPS units so people could have a go, and introduced the sport to families and others attending the event.

A great event to attend, took part in this one a few times with the Bushscout’s been of fire lighting demos and tomahawk range.

Been to most of them with the Bushscouts, for fire lighting, tarps, tomahawks. Reunion, Fun Days, and Gilwell 24.

Was looking forward to working at this event for the second time, this time with my wife a zone leader, and myself as deputy, we had planned the Bushcraft Zone but the event was canceled, hope the opportunity will be offered again.

Other event opportunities have started but are still to be confirmed, looking forward to what may be…. 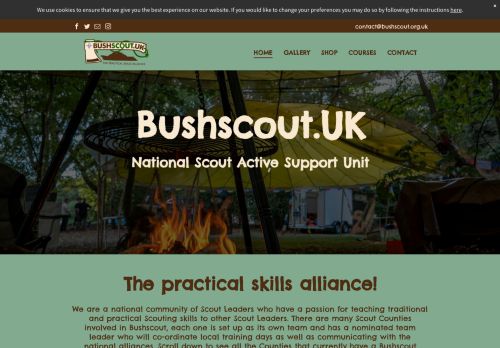 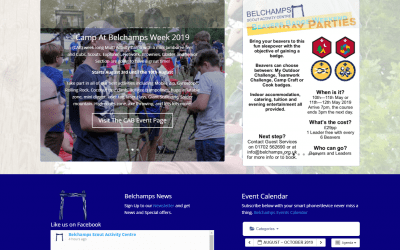 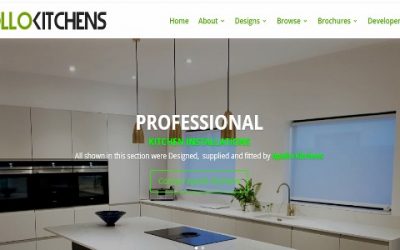 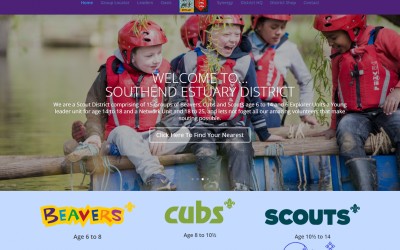 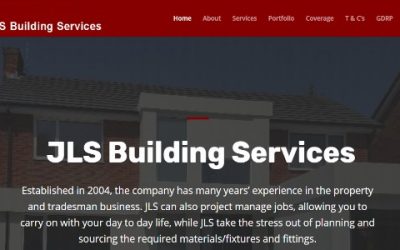